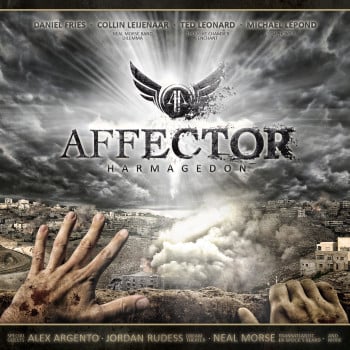 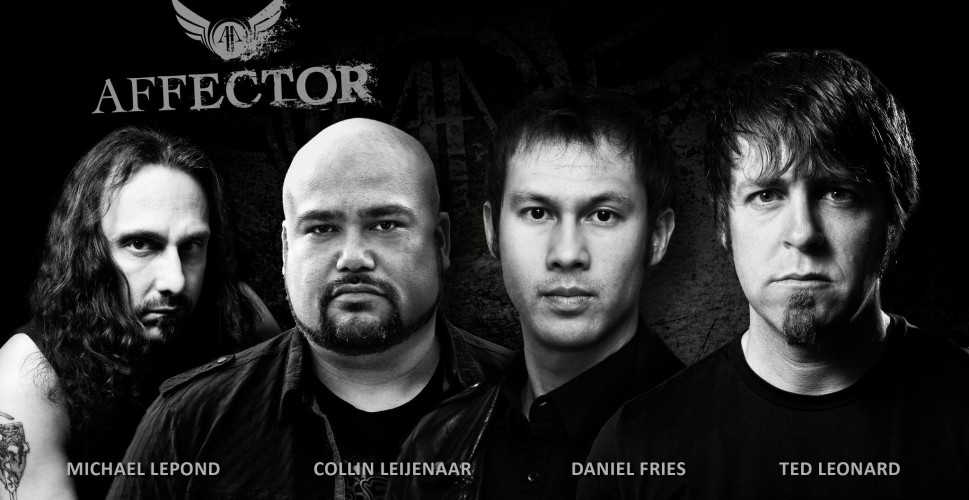 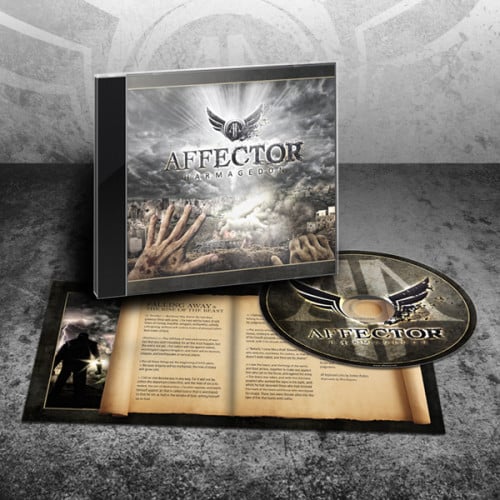 Harmagedon is a concept album and fuses dark apocalyptic scenery with themes of hope and light and features heavy riffs and fast solos, but also has lighter and more fragile moments where the soulful singing of Ted Leonard opens a wide spectrum of vocal harmonies. The lyrical concept is about the Biblical Apocalypse, or End Times. The album will be released in 2012, the year many people believe the world will come to an end. Panic, mayhem and anarchy are to be expected by many, but what will happen? Harmagedon consists mainly out of parts of Biblical text put to music. Without personal color, just the plain text. It's one of many views on how things will end. Or not..... It's up to time to decide.

Here's what other established Prog musicians commented on “Harmagedon”

"If you are a fan of Dream Theater and progressive hard rock, this is an essential addition to your collection... you will love it!"

"AFFECTOR’s ‘Harmagedon’ is a solid blast of PROG metal complete with burning solos, odd time signatures, orchestral highlights, and Rock riffs that will tear your head off! Excited that I could be a part of this album!"

"I think AFFECTOR is amazing! Great playing, composition and production...and you can't beat the lyrics! Congratulations to Daniel and the gang. Excellent work!"